Most printed newspapers in print are located in the Murrell Library Reading Room, except as noted below. Only current issues are available. We have the following newspapers: 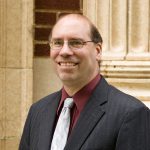